Types of Vitiligo And Treatments Available 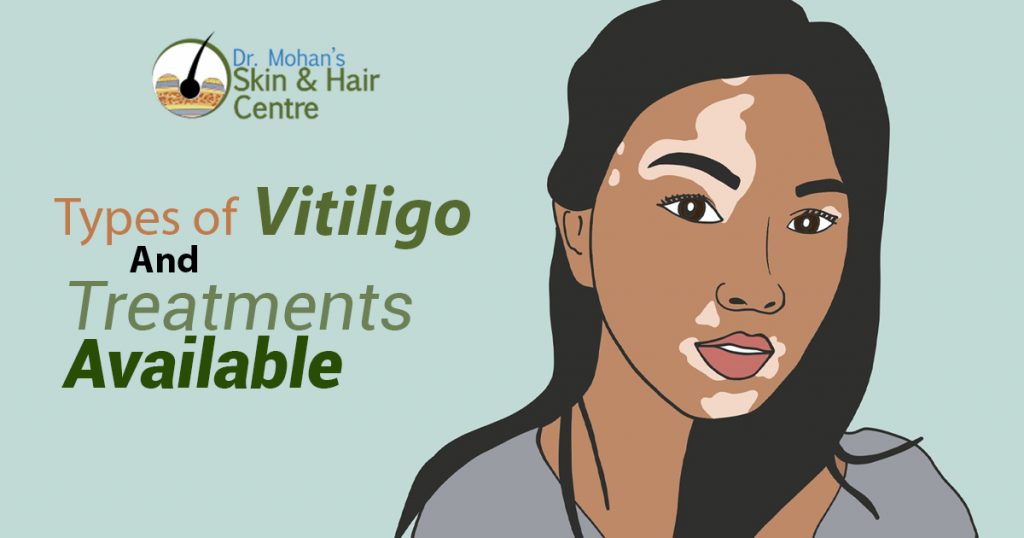 In case your skin has white patches of depigmentation, it could be a sign of  Vitiligo. Vitiligo is a condition which appears when the epidermal-cell in the skin is not alive. These cells are in charge of making skin pigment. The density of patches varies in people. It can affect the hair, eyes and also the mouth. It is seen that the Vitiligo affected areas do not have any color for most of the lives of the person who is affected by it.

Different types of Vitiligo and their symptoms:

Vitiligo has been arranged into two main types called segmental and non- segmental. The segmental vitiligo is the least common type of vitiligo.

The patches take place on both sides of the body. It can be  further divided into:

The children’s face has white and scattered patches all across the body.

The most common type of treatment in which the affected area is exposed to UVB radiation, it can be performed at home also. If you have large white spots all over the body, it is important to get the treatment done under the supervision of your doctor.

Phototherapy with UVA radiation: A drug is first given to the patient for increasing the skin’s sensitivity to this radiation. After that, the affected skin is exposed to a high amount of UVA radiation

Skin cosmeticize: When the effect of Vitiligo is very mild, then cosmetic creams and makeup can be used for camouflaging the affected area. It lasts for up to 18 hours if done correctly.

In case you are also suffering from Vitiligo, then please consult with your doctor for the best treatment to be done.