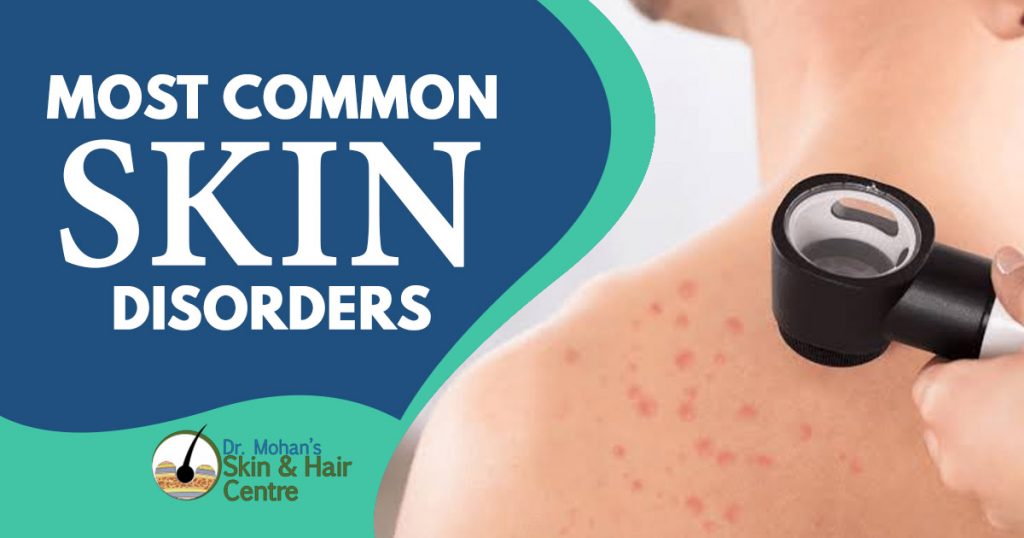 Skin is the largest organ of our body. Therefore it witnesses a lot of disorders. Of course, a skin condition calls for a consultation with a skin doctor. According to the experts at the skin clinic, the five most common skin disorders  are acne, eczema, seborrheic dermatitis, skin cancer, and psoriasis. Skin disease treatment is essential for keeping skin healthy.

Acne is a skin disorder characterized by the appearance of pimples. They develop when the passageway between the skin’s pores and the oil glands becomes clogged. The most commonly seen form of acne is whiteheads and blackheads. Acne can be seen in many places like neck, shoulders, chest and back apart from the face. The condition is seen in the teenage years most often as the body’s hormonal levels are at their peak during this phase.

Eczema takes off from the   Greek word meaning “boils over.” It can be seen in three forms:

— Atopic dermatitis-It is commonly seen in children. It causes itchy rashes in the elbows and the area behind the knees.

— Allergic contact dermatitis can be seen in adults who are allergic to some specific things. It is caused by an allergic reaction to environmental factors like cosmetics, jewellery, and fragrances.

— Nummular dermatitis appears in the form of red and flaky itchy patches. It is usually caused due to dry skin.

Seborrheic dermatitis is a condition in which oily and waxy patches develop on the scalp. It usually affects babies, in the form of “cradle cap”. In it, a flaky, dandruff-like condition develops on the scalp. However, the symptoms clear up after some time.

Skin cancer is a very   common condition which affects around one million people annually.

Psoriasis causes a build-up of excess skin tissue which results in a red thick layer. The condition first appears on the elbows and knees but spreads to other body parts like the hands, scalp or the joints. Psoriasis causes the person to look very ugly but it can be treated with modern medicines. The condition  is caused due to genetic factors.