Is there a risk of Getting Cancer If You Are Suffering from Gynecomastia? 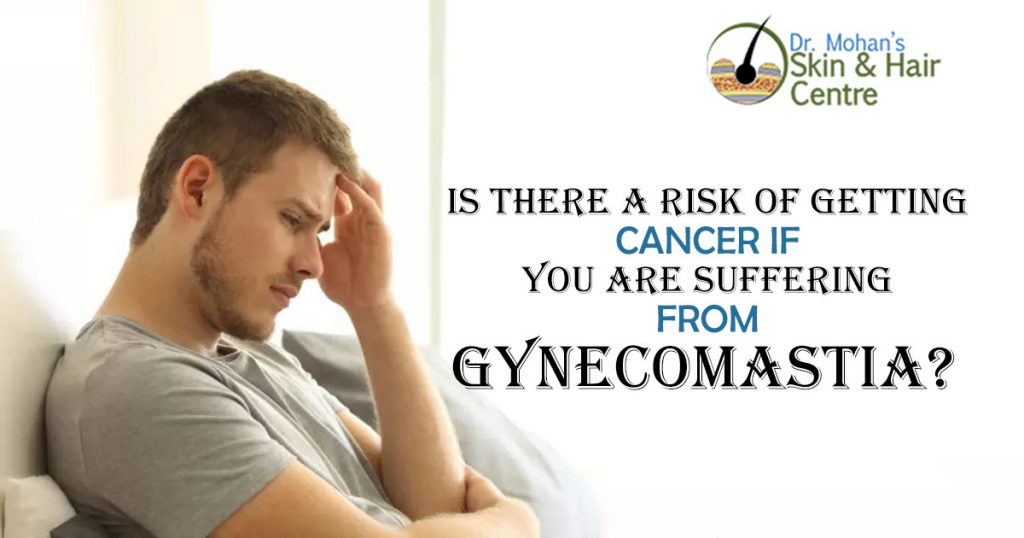 Gynecomastia, in simple language, means the male breasts which get enlarged. In some men, this leads to breast cancer. many times gynecomastia goes away on its own, not requiring much treatment

The causes of breast cancer in men are still unknown, but many of the studies done have found out that many factors boost up the chances of having one.

In females who have breast cancer, many things are related to hormone levels.

Let’s quickly go through some of the main factors:

Habitual drinking can boost up the chances of having breast cancer in men.

Breast cancer can also occur if any of your family members had it. Around 3 out of 10 men having breast cancer have it running in the family.

Klinefelter syndrome is an inborn condition affecting about 5 out of 1000 men. The male body has cells having just one X chromosome and a Y chromosome, on the other hand, women have two X chromosomes. Men who have this syndrome have more than one X and Y chromosomes.

Men with this syndrome also have two testicles which are small in size and most are found to be infertile, because they cannot produce operating sperm cells. Their hormonal levels are also very low, unlike other men, they have more female hormones.

Suffering from this condition can further boost the chances of the risk of having cancer.

Gynecomastia Surgery is very effective in treating gynecomastia when the treatments do not work.

Male breast reduction surgery is performed by giving twilight anaesthesia. The surgeon makes cuts in the armpit or near the nipple area. After which the surgeon aims at the extra breast tissue. Since every patient is different so are the needs of every patient, hence according to the requirements of patient liposuction is used to take out extra fat, the cuts are later on closed with bandages.

After which the chest is back to how it is supposed to be, flat and firm.