Is It Possible To Remove Eyebrow Tattoo 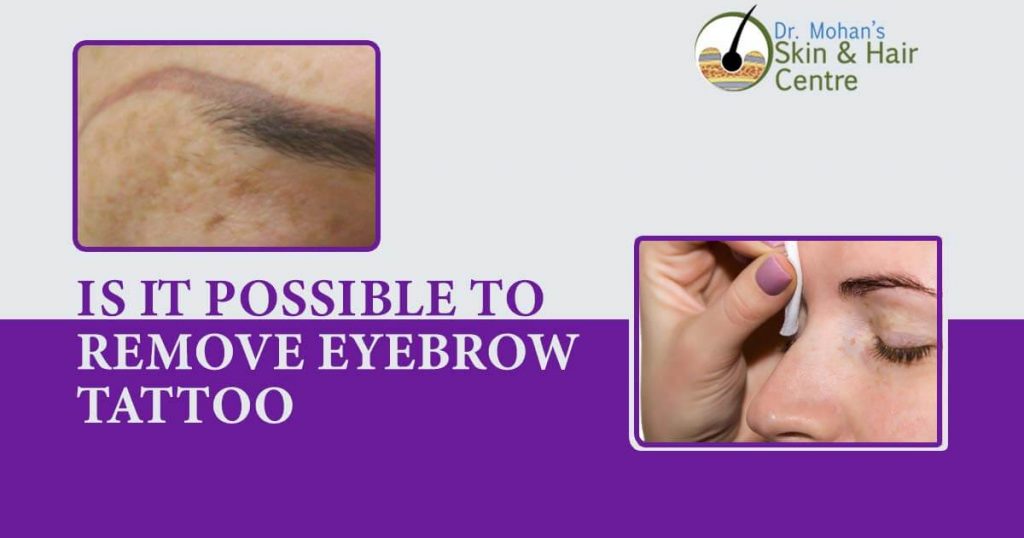 Eyebrow tattoos are considered stubborn so it becomes difficult sometimes to remove them. There are only a few centres that are successful in providing tattoo removal procedure safely and effectively with the laser treatment. Like other tattoos, eyebrow tattoo can also be removed but with caution as it is on the delicate part of the face.

Some people seek for the eyebrow tattoo removal due to their changing trend or sometimes they get bored and feel themselves as they got stuck in the eyebrow tattoo. There are some tattoos that can be removed with a laser including the eyebrows, but if you have a tattoo on eyeliner or lip liner than these are not advised to remove with the laser.

Cosmetic tattoos are craved with semi-permanent ink which can be removed by the laser of specific wavelength but the success of their removal depends on the various factors like location of the tattoo, colors used in tattoos, how old is the tattoo?  Some tattoos fade away after some treatments but some oxidize means get darker so they need more treatment sessions to get fade.

For removing the eyebrow tattoo mainly two types of lasers Nd: YAG (Revlite) and Picosecond are used as both these lasers are effective to fade away the eyebrow tattoo. There is a time difference in the treatments given by these two lasers as Picosecond is much faster than the Nd Nag not always but for eyebrow tattoos, it works fast. This laser is gentler than Nd YAG so it is considered even for facial tattoo removal.

The process of eyebrow tattoo removal

Eyebrow tattoos can be removed in mostly 5 treatments means the five sessions with the highly experienced cosmetic practitioner you can get rid of eyebrow tattoo. It is the safe treatment but if you have chosen the best cosmetic doctor for you.

During the treatment, you may feel the sensation of hot flick caused by the laser on the area of skin where you the tattoo otherwise it is the safe and painless procedure.