Can Vitiligo Go On Its Own? 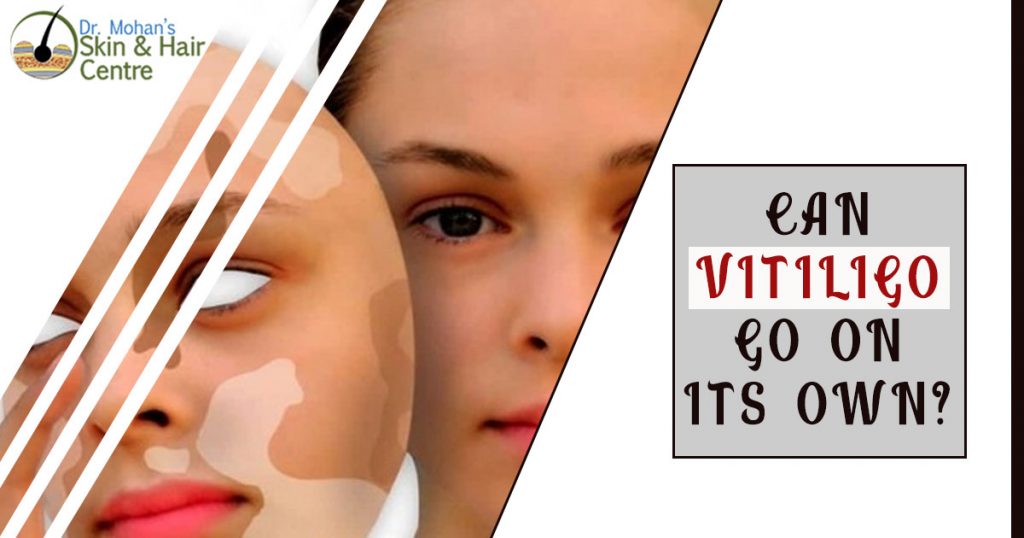 Vitiligo is a condition when the color of skin appears white or patches start cropping up on the skin. The reason is still unknown, but it can affect people of all age groups be it adults, kids or teenagers. Since it directly affects the looks of a person, the person can also go under a depressive state of mind. But, many things which common people are not aware of is the fact that it cannot spread from one person to another, it is not an infectious disease, the people having this are as healthy as can be.

When the Vitiligo has spread to nearly 60% of the body, coloration or De-pigmentation can be done. It helps in minimizing skin color to a large extent. The patient is advised to apply ointments or lotions

Under UVA treatment, the patient has to take a medicine for boosting the sensitivity of skin to UV light Then the skin ha to be exposed to a high dosage of UVA light. The results are evident from 12 months onwards

Phulwari is also the same as Vitiligo; it is also a skin disorder and takes time to cure. But, for Phulwari Treatment, one can do the following:

Most of us love Papaya; it is a delicious fruit and is fortified with many benefits. Besides this, Papaya also has been said to cure phulwari. For getting the full effect of the same you can rub some pieces of Papaya on the patches of skin which have been affected by phulwari. After which it can be washed and dried.

Remaining dehydrated for a long time is not good for health. Another way to get rid of Phulwari is to drink water from a copper-based vessel. Drinking water from copper vessel will help in boosting levels of melanin in the body and thereby minimizing whiteness caused due to phulwari.

*Creams like dermabrasion which eradicates the outer layer of skin.

*Applying sunscreen day after day, and covering all parts of the skin which get exposure to the sun.

*As much a possible avoiding going in the sun.